There’s something about heading towards your 30’s. It makes you think about your 20’s. I have to say, though, I did not enjoy my early 20’s. From 20 to 24, I was under pressure to succeed: graduate on time with honours (√) and get my name on the masthead of a national publication (√).

After I got a job, I worked hard both to lose weight and get a promotion, which means working 9 to 9 and be at the gym for an hour everyday. Again, I achieved both and still unhappy. I didn’t know what it was; I thought it was just a quarter-life crisis. So before my 25th birthday in September 2008, I made a conscious decision to live my life carefree. (See the irony there? I planned to be more spontaneous.) 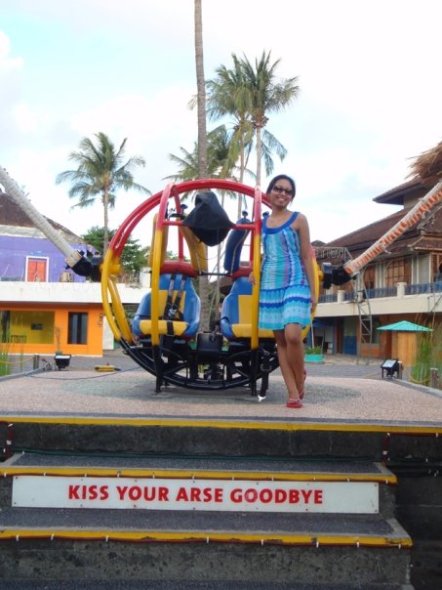 I quit my job in August 2008, joined a new company and after 8 months, accepted another job offer in June 2009. I still have the piles of old business cards in mint condition! I couldn’t (be bothered to) file my tax form because I had three jobs in one year.

I remember being miserable at 2009 New Year’s Eve party because I had nothing to look forward to. That’s what I said to my best friend that night. Especially that I wasn’t really happy with my new job I felt had nothing exciting waiting for me that year. Boy, could I be more wrong?

I made my biggest career move to Bali by mid 2009 and subsequently broke up a short-lived relationship that was not right anyway.

I finally learned that one really couldn’t plan one’s future. With that thought, I refused to buy a car or a house in Bali despite people’s advice. I couldn’t even commit to a year-advance airline promotion because my job required me to be able to travel in short notice.

One of those business trips was to Singapore, attending a trade event. The event is regular, but I didn’t know if I was gonna go and how long I was gonna be there because there’s a black-tie event in Jakarta that I also had to attend.

Little that I knew that it was THE trip that changed my life.

If you don’t know me, I should tell you that I lived my life like a Samantha Jones of Sex and The City. True to form: I was a PR pro who refused to settle down and saw men as interchangeable parts of a woman’s life.

So I went to Singapore with my “Samantha Jones” costumes lined up, along with the attitude *snaps*. That was without knowing that it was going to be my last stint as a carefree single woman.

That night! (Notice how we sort of wanted to get closer to each other?)

It was the party where crème de la crème of Asian travel industry gathered where I met Matthew, the man of the evening and who eventually made an honest woman out of me. (Didn’t know it was possible!)

And just after Matthew and I recently mapped out our Q3 and Q4 travel plans, including my monthly business trip to Bali, my birthday celebration in London, and Christmas vacation in Hanoi, we were again being laughed at by fate.

Yup, mere two years after our first encounter at the coffee stand of Suntec Convention Centre Singapore, we found out: we’re pregnant.

Happy anniversary, honey! All I want for anniversary present is a good back rub and foot massage please 🙂