Birthdays. Dontcha just love ‘em? Actually, no: I agree with one of my fictional heroes, Parks and Recreation’s Ron Swanson, that they combine two of my least-favorite things in life: loud noises and people making a fuss.

But thankfully for Rebecca and the world at large, Ron’s opinions and mine aren’t representative. And with that in mind, plus the knowledge that I had to make Rebecca’s birthday this year count for two (last year’s was a mid-deportation washout), the trepidation started building mid-August (her birthday is September 6).

Don’t forget: this is a woman who does events for a living and could rustle up a swanky cocktail party in her sleep (I’m glad to say that she doesn’t). She also made me the most lovely handmade birthday card in 2011 and organized a stay at the Conrad Bali and a surprise party with a bunch of friends at Pepe Nero.

So, supremely demanding job notwithstanding, I set about the task of planning this year’s bash about two months before the event. Trouble was, things kept changing: we were to be in the UK for the big day. Then work got in the way of those plans. Then we were going to head out of town, maybe to Lombok. Then ennui and our current cash-strapped status forced those plans off the cards.

Anyway, and of course, the actual card and present were and are location-unspecific. But what to get someone who both controls the purse strings (me and money, we’re not a good mix) and who has tastes that can veer towards the luxurious or towards the very affordable. Mis-steps were possible, even likely. Splash too much cash and I’d be in trouble; be too miserly and I’d be in hot water.

Luckily, Rebecca is blessed with having great friends who also love her dearly. So I enlisted the help of her best pals Corry and Mia to help me shop. Corry went out with Rebecca on one day before and (without arousing any suspicion at all) managed to determine which Kate Spade bag caught Rebecca’s eye. A days later I met with Corry and Mia and we bought the bag, and I bought some materials for my homemade card.

Rebecca is instinctively creative and knows how to press the right birthday buttons with hand-made gifts and expertly spotted knickknacks. As to me, despite being a writer, editor, humorist, wit and intellectual (with delusions of grandeur perhaps), I can be terribly and awkwardly backward when it comes to cards, gifts and the like.

So about a month before the big day, I started working on a homemade card. This wasn’t as easy as it sounds, because the danger is that it comes out as rubbishly amateur.

So I toyed with images and scans on the computer, and so the weeks passed. As it got closer and closer and with an increasingly frantic work situation, I found myself comprehensively stressed trying to cut bits of paper out and stick them on bits of card, and so on and so forth (total number of ruined cards: about 12 before I finalized). Meanwhile, behind the scenes, I organized a friends get-together with Corry and for my family to send cards to my office address.

In the end it was impossible to keep some things from Rebecca. We had free-stay (and free-cake) coupons for our favorite hotel, Jakarta’s Grand Hyatt, so I made the arrangements with their helpful PR team (and booked a table for two for the birthday night plus a special card made from one of our pre-wedding photos).

The big day came, and the family cards were left in the lounge. I, meanwhile, lounged in bed as Rebecca went out to eat. She didn’t see the cards—of course—but was pleasingly happy when I pointed them out, especially as they were unexpected. Then my driver brought up the bag, and—praise the Lord—it was not only acceptable, but much, much appreciated.

Thence to the Hyatt. As it turns out, the hotel really did us proud: a cake on arrival and a bottle of Moet (which I largely polished off myself). And later we went for dinner (cue another cake) and an early night: our biggest indulgence any day of the week or year. And I’m happy to report that (with some help from Rebecca, it has to be said) a family gathering and the friend’s gathering went off without any hitch at all.

That weekend really was dedicated to Rebecca and I’m pleased that it all worked; I can be somewhat self-absorbed and I don’t even know I’m doing it. But more than that, I’m happy I was able to make Rebecca happy. After all, birthday or not, that’s what counts. So here’s to next year: and two April birthdays? Hmmmm. 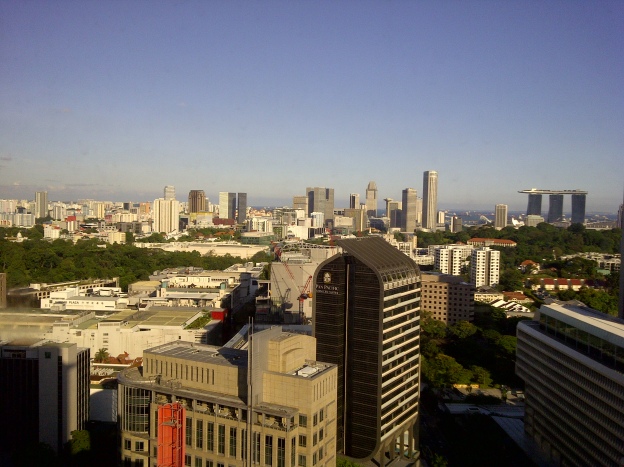 View from our room at Meritus Mandarin at Orchard Rd., Singapore

We worked in travel magazines (and at one point of our careers Matthew and I were rivals).

He and I met on a coffee corner at a convention centre where a travel trade show was held.

The first 12 hours we’ve ever spent together involved: a party on a hotel rooftop, another party in a hotel ballroom, and a room-service midnight dinner in another hotel room.

In the first year we’ve been a couple we’ve stayed in more than 30 hotels, mostly in Southeast Asia and including some that were under renovation or even under construction.

Those were fun facts about us that lead to this blog post. We’re summing up a list of things in a hotel we fancy and/or found handy. I think this would be helpful for hoteliers who are designing and building hotels at the moment. For fellow travellers, this list will be useful in choosing your next camp! 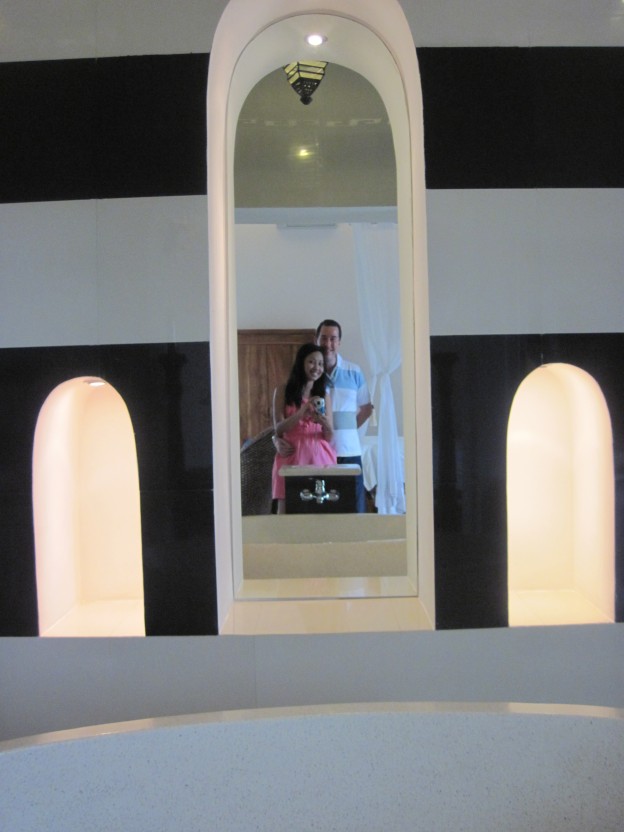 On a site inspection at a big white colonial private villa. East Bali. 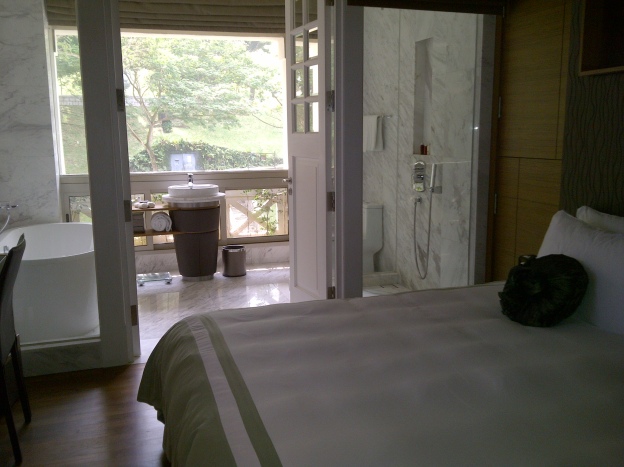 The coziest rooms we could find (so far) in Singapore that has greenery as the view. Fort Canning Hotel.

Yes, we were on a business trip in Bali. It was for an interview and photo op, also attending a beach club opening. Envy us, please. And now we’re wishing we could have a nickel for every person that envies us 😉

Now, if you wanna know our preference when we travel as a couple, read here.

This is the second page about what we appreciate in hotel rooms that we’ve stayed in. As a business traveller, we have different needs and wants. As a couple travelling without children…

My birthday present for Matthew’s 41st: two nights in the sun. Conrad Bali. 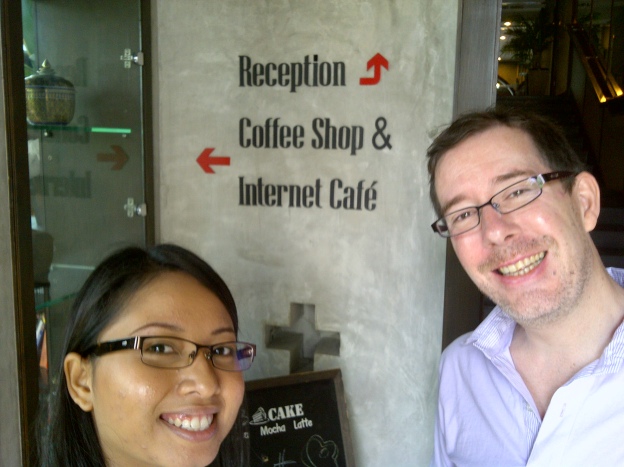 One of the most modest places we’ve ever stayed it but the coffee-shop serves coffee unrivaled by 5-star hotels. Fortville Guesthouse Bangkok.

When we book for a short getaway:

Simple, cozy, and at a great location. Grey Hotel Bali.